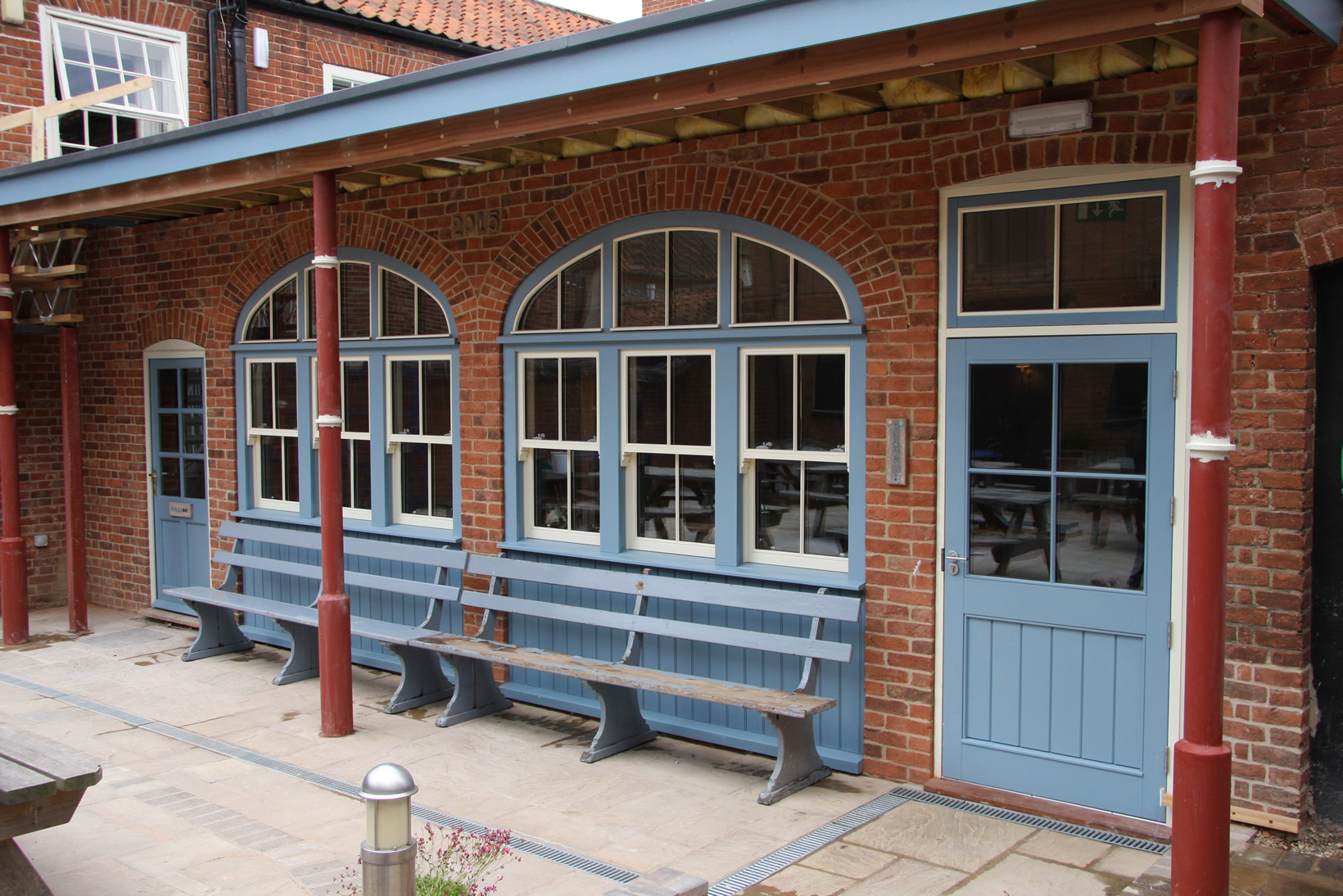 Brief: In 2014 we were approached by local building firm Ray West Builders to create a series of curved and shaped windows for The Globe Inn in Wells Next the Sea. The 18th century boutique restaurant and hotel overlooked a Georgian square in the seaside town so capturing the essence of the property’s picturesque surroundings was an essential part of the project.

Solution / Execution: Throughout the planning stages we liaised with the owners and builders to ensure that the joinery was to the required specifications and any concerns were ironed out before we progressed into the manufacture stage. As part of the project we created three traditional lead weighted sash windows which featured handmade curved work over the top and they were all finished in a recognisable blue tone which is prominent throughout the coastal town. After Ray West and his team had created the arched brick work, we took templates and began manufacturing the windows. Every window had toughened sealed units and multi point locks to ensure that not only were they sympathetic to their surroundings but they also came with the peace of mind of modern security.

Result: Having matched the “Blue Vertider” and “Cornish Clay” colours from Dulux, the joinery we made for The Globe Inn perfectly captured the spirit of the highly sought after Norfolk town and we were just as pleased with the results as the recently new owners. With the hotel attracting visitors from across the country as well as locally, we hope that our joinery will add a warm and welcoming touch to an already homely property.